Should I buy Organic? 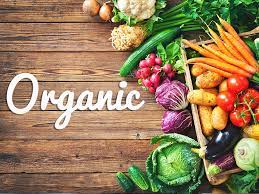 This is a question I get asked a lot and it is an important one. But before I answer, I want to share with you a few stats and then share with you what I’ve recently learned, and you can decide for yourself.

Here’s another question we must ask ourselves –

What is the common denominator that we all share as a people regardless of where we live or our ethnic background?

YES!! OUR FOOD……That said, there are a few things you need to know. Read more.