Antibiotics, Anxiety, Depression and your GUT? 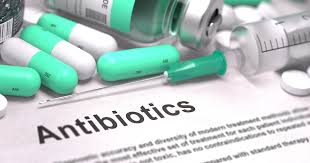 I hear so much talk of anxiety and depression of late that it makes me wonder what the heck is going on? It’s as though we have an epidemic on our hands. Did you know that close to 100 million people in this country alone are taking these in one form or another?

These numbers are staggering and the number of suicides is off the charts. I just heard this morning about a 12 year old in the town next to mine who committed suicide.

So what IS going on? I’ve had my suspicions for a long time that it has a lot to do with our food and what we are eating on a daily basis. What else could it be? Food is a big part of it and environmental toxins are also at play here.

I was listening to the Interconnected Series put together by Pedram Shojai, with Drs. from around the world and some of their patients. Pedram is a Doctor of Oriental Medicine and a Qi Gong master who’s studied Kung Fu and Tai Chi for decades. He also goes by The Urban Monk. He was a Taoist Monk for 4 years. This series was nothing short of amazing. So informative – It was mind blowing what studies are revealing.

Now back to our food and let’s bring our GUT into the conversation…..our GUT and our brain are connected in a big way. They talk to one another. I will refer to our GUT from now on as our Microbiome (the full genetic complement of bacteria and other organisms at home on our skin, gums, and teeth, in our genital tract and especially in our GUT. We have over 100 trillion of them on our bodies and in our bodies.

But when our Microbiome is compromised so is our brain. Thus our anxiety, depression and much more enter the scene. I want to tell you about one patient’s story to bring this all home so you have a better understanding.

I’ll call her Shelly. She had been given ANTIBIOTICS for 1 year for acne in high school. Keep in mind antibiotics not only kill the bad bacteria but also kill the good bacteria too wreaking havoc on the health of your microbiome. Can you imagine what 1 years’ worth of antibiotics did to her gut?

After that she had developed an eating disorder which stayed with her into college. She then fell into a deep depression. She had no idea what was happening to her as no one else in her family had ever been depressed. She never heard anyone even talk about depression. No one had ever made the connection between the GUT and the brain.

She was then put on medication for anti-anxiety and depression – 3 months later spun into a full blown psychotic event. It took 6 people to get her into a strait jacket. Off she went to the psych ward. She was diagnosed with Bipolar Disorder type 1. For the next 6 years she wore the mask that everything was ok on the outside but on the inside she wasn’t.

This all caught up to her and she had a suicide attempt that left her in a coma with kidney failure on dialysis. She was told she would need a kidney transplant.

She had hit her bottom. She was on 5 psychotropic medications. Shelly thought there’s got to be a better way than the pharmaceutical road she was on. It was at this time she learned of a nutritional oriented psychiatrist. He started her on some SUPPLEMENTS and she began to feel the best she had in years.

But that is not all. When Drs. take a look at the diet of their patients, what they are consuming and their “Gut Health” they see the bigger picture – INFLAMMATION. When your GUT is inflamed so is your brain. Once they begin to clean that up with dietary changes and supplementation everything begins to calm down.

I wanted to share Shelly’s story with you. There are many, many, many stories just like hers out there of people being misdiagnosed and wrongly medicated. Not all doctors understand the gut – brain connection and people are suffering needlessly.

The bottom line? FOOD MATTERS. The healing powers of food are enormous and they impact our health ways we never thought possible. Please……..

Count the Chemicals NOT the Calories.

***If you think you might be dealing with inflammation (bloating, fatigue, brain fog, joint pain, etc.) please shoot me an email at barb@yourhealthytruth.com and put inflammation in the subject line and we’ll